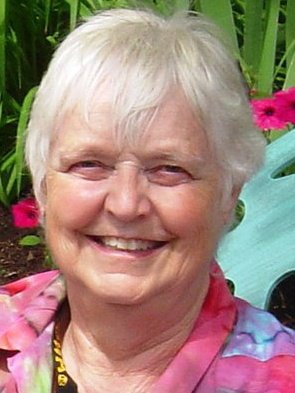 Virginia Coughlin grew up in Shenandoah Iowa and attended Country School until the 8th grade. She then attended Coin High School and graduated there. For college she attended Commercial Extension School in Omaha, NE. From there she married and had five children.  She also has six grandchildren, three great grandchildren, and two more on the way. She has lived in the Cumberland area since 1966. In July of 2008 she served on City Council for two years before becoming the City’s Mayor in July of 2010.

The mayor serves as the chief presiding officer in city council meetings. The mayor uses the predetermined agenda to keep the meeting moving along toward completion. When issues need to be debated among council members, the mayor serves as the one who recognizes council members to speak and ensures that the meeting is moving along at a pace that is conducive to accomplishing city business. The mayor, with the input of the city council, is also responsible for establishing ordinances that are meant to benefit the people of the community. The way in which this process is carried out varies from town to town. Typically, it is the city council that puts forth proposals at meetings that are then voted on by the council members. In most towns, the mayor has the power to veto resolutions passed by the council. The council usually has the power to override a mayor’s veto.

The mayor also signs contracts on behalf of the city and secures professional services when needed. The mayor may also sign various permits and licenses as needed by the members of the community.

The mayor is an elected official and, as such, serves as the chief representative of the people.